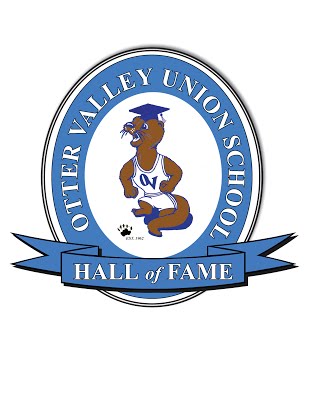 Created in the Fall of 2014, Otter Valley Union School has put together a Hall of Fame committee, nomination process, and induction ceremony that helps honor both individuals and teams who have had a lasting impact on Otter Valley.

To Be Eligible for the Hall of Fame:

Please include in your attached letter the following attributes with supporting documentation.

B. Demonstrated character by conducting themselves in a moral and ethical manner as an exemplary role model for students, staff and OV community

C. Demonstrated superior commitment and successful accomplishments in their role toward students, staff and OV community

Such letter is to enumerate and describe the attributes and qualities of the nominee and include a chronological listing of accomplishments and awards received while at OVUS and beyond along with statistics and press clippings.

All nominations must be submitted on the prescribed form by the nominator, who must also supply verification if requested by the committee. A copy of the bylaws can be obtained from Steven Keith, Activities Director, or on the OVUS Web.

There will be no specific chronological order or prioritized list of achievement areas.  Annual selection will include a cross-section and variety of time periods and areas of accomplishment.  All nominations and results will remain confidential within the committee until inductees are announced. The names of those who were nominated but not selected will remain confidential even after inductees are announced. Nominations are valid for three-consecutive years and will be reviewed each year.

2016 Hall of Fame Inductees include: 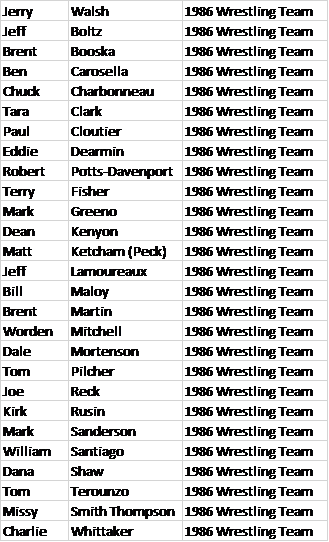 2017 Hall of Fame Inductees include:

2018 Hall of Fame Inductees include:

2019 Hall of Fame Inductees include: